Christine Gulley and her team at CHR know the ins and outs of Colorado’s real estate market. Let Christine guide you every step of the way — whether you’re selling or buying.
Start Your Home Search Journey 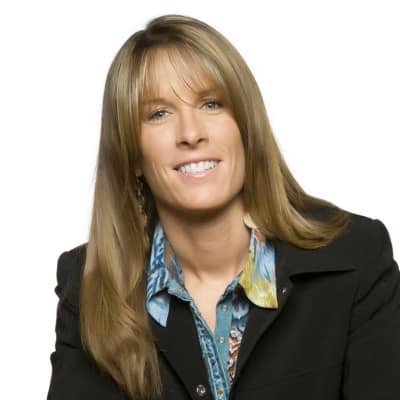 Learn a bit about Christine

Christine was born in New York and later moved to California and lived there until the age of eight. Her family then relocated to Parker, Colorado, and Christine has lived in the Denver Metro area since.

In her early twenties, Christine worked as a director for an advertising company in Durango, Colorado. She was a top producing sales rep for the Preview Channel. It was during this experience that Christine came across a unique opportunity to work as a licensed real estate assistant under the guidance of the number one realtor in Durango at the time. Christine quickly learned the ropes of real estate, and at 21, she became a licensed realtor.

From the moment Christine began her career in real estate, she knew it was her goal to provide outstanding service. She has kept that goal, and it has led her to create beautiful relationships with her clients that often continue well after the closing date.

That’s a little snapshot of her life. But really, it’s better to get to know her in person.

Welcome — Let Christine Guide You Throughout Your Real Estate Journey

Buying or selling a home is a life-changing decision. However, don’t fret. Christine Gulley, your local Realtor, is here to help ensure that every step you take is worthwhile — one that leads you to the profit you desire or a home you’ve always dreamed of living in.

As a Colorado resident and a Broker Associate with the Colorado Home Realty team (CHR), Christine Gulley knows the local real estate market like the back of her hand. She has led many real estate trips before. Let her guide you this time, and she will help you find the quickest and most profitable route to your goal.

Looking to buy a home?

Want to Buy a Home? Let’s find a great deal, then. As a Coloradan and a CHR Broker Associate, I’m aware of anything and everything Colorado can offer. Let me scour listings, and I will search for a home that best suits your budget and all your other requirements.

Learn more about buying a home in Colorado.

Ready to sell your home?

Ready to sell your home? Great! I am ready to share with you my knowledge of pricing, staging, marketing, and negotiating to boost your bottom line. Let’s start with telling me everything I need to know about your home.

Learn how we can best sell your home in Colorado.

Let’s make your home look its best for potential buyers. With my team’s excellent skills in space planning, furniture arrangement, and home design (plus our track record of helping sell homes fast), there’s a good chance you’ll get the offer you desire in no time.

When it comes to picking assets for their retirement plan, many people see their home as a last resort. In many cases, however, taking a more active role in managing your home wealth is the key to a successful retirement.

Let’s discuss the wealth in your home today.

A broker associate is someone who has earned a broker’s license but decides to work under the management of an existing brokerage company, instead of working alone. Christine Gulley, for instance, is a broker associate with Colorado Home Realty.
Your home should fit your budget, as well as the size and lifestyle of your family. So, before shopping, establish a set of minimum requirements for your target home’s size, location, and amenities. If you’re unsure what to look for, Christine is here to help. She knows the ins and outs of Colorado’s real estate market, and she listens to buyers’ concerns. She will help you find a home that best suits your budget, lifestyle, and other needs.
Reckless overpricing could keep serious buyers away. Under-pricing, on the other hand, could leave money on the table. As a CHR agent that knows how to analyze data-backed market trends, Christine will help you find that sweet spot that ensures the highest profit possible for your home, as well as its fewest days on the market.
Christine, as well as the other broker associates at CHR, view real estate transactions uniquely. She doesn’t strong-arm buyers into a home they should want. She doesn’t over or under-price a home to attract certain demographics. Christine listens to clients’ concerns, and from there, she helps clients reach their goal — whether they want to sell profitably or purchase wisely.